Click on a team member below to view their bio. 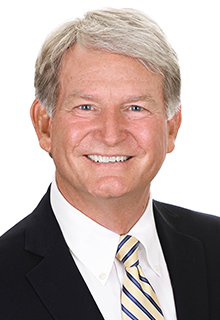 Chris Phillips began his career in the title industry in 1977 in Colorado. He spent 26 years working in several leadership roles, including president, at a Texas-based regional underwriter where he was responsible for building the agency network and increasing revenues throughout the Southwest.

Chris is a graduate of the University of Colorado with a bachelor’s degree in finance. He is a member of the Texas Land Title Association where he serves on the TLTAPAC board as a trustee. In 2010, he was awarded the TLTA’s highest honor of Title Man of the Year, which recognizes significant and longtime contributions to the title industry and the association. Chad’s experience in both the underwriting and agency of business allows him to understand the relationship between the two entities. He has helps both agents and underwrites grow and expand into new states. He has worked with lenders to provide solutions to both large and small commercial and residential transactions. George is a graduate of Arizona State University with a bachelor of arts degree in political science. He earned his juris doctorate from Western State University College of Law. He is an active member of numerous Land Title Associations and often conducts training seminar for title agents and real estate agents throughout The United States. Geri Hosterman entered the title industry in 1991 as the communications manager at the Texas Land Title Association. She joined a Texas-based regional underwriter in 1993 as agency representative and served as agency operations manager and vice president of Texas agency.

Geri is a graduate of the University of Texas at Austin with a bachelor of journalism degree. She is a member of the Texas Land Title Association where she has participated on various committees and served as committee chairman. David’s journey from abstractor, examiner, escrow officer to attorney & underwriting counsel for a national title insurance company gives him a unique perspective and ability when it comes to solving underwriting issues. David is a problem solver and his vast knowledge includes all facets of the title insurance industry. In addition, David is an accomplished speaker presenting regular continuing education classes for realtors, escrow agents and the Texas Land Title Association. David holds a Bachelor’s Degree in Business Administration from Texas Tech University and afterwards attended Texas Wesleyan University School of Law while also working full time in the title industry earning his JD in 2004. Errin was first introduced to a title insurance industry in 1986 when she joined a newly formed Texas-based regional underwriter. Over her career, she has held various positions in the accounting department and as office manager, policy department supervisor, and network administrator. She played an integral part in the development of the company’s proprietary database application and online services web application.

LET US HELP YOU GROW YOUR BUSINESS

We’ve got the tools and resources you need to be successful.